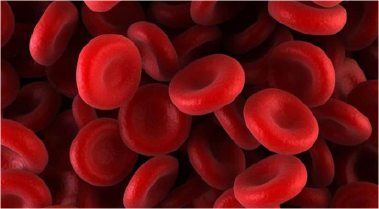 Medicine is a field that has several branches and many of which are not popular with the common man. Hematology is one of them. To understand this field, we must first begin with its origin. It is important to know whence we came, so we know where we are going.

The history of Hematology dates back to 1600 BC when Egyptians found bone cancer in mummies and manuscripts. A significant advancement in blood research arrived in 1642 when Anthony Van Leeuwenhoek invented the microscope and detected blood cells. In 1770, the ‘Father of Hematology’ William Hewson created blood-clotting properties and expressed his understanding of leukocytes, or white blood cells. It was not until 1818 that James Blundell successfully performed the first documented blood transfusion between humans. Still, the world would have to wait for another hundred years until Reuben Ottenberg used blood typing to conduct transfusions and established the universality of type O blood.

There have been many inventions in the field of medicine, and even then, the concept of blood-related disorders is uncommon. There are many disorders that are related to blood but we are usually not able to judge whether the issue is in the organs or the blood. We do not know which doctor to consult when faced with certain symptoms.

Blood makes up a large portion of the human body. It has long been recognized as essential for surviving and as a component of the life force itself. It is a body fluid that contains components like red blood cells (commonly better understood as Hemoglobin), white blood cells (Leucocytes), plasma, and platelets. Blood runs through veins, arteries, and capillaries with a mixture of 55% plasma and 45% blood cells. Blood cells are formed in the stem cells of bone marrow. (A bone marrow is a spongy tissue inside your hip and thigh bones.)

The role of blood in the human body involves the transfer of vital resources throughout the body, such as oxygen and nutrients. The stem cells which normally reside in bone marrow develop or create or produce red blood cells that help in carrying oxygen through the body; white blood cells which help in fighting infections; and platelets which help in bleeding control. The circulation of blood in the body also helps in regulating water flow and acidity in the body.

Blood disorders may affect many of the body’s functions, such as the lymphatic system, a network of waste-clearing tissues, and organs. Heart diseases often arise from bone marrow complications. Hematology is aimed at explaining how these complications occur, how they affect the safety of an individual, and how they can be treated.

If a person encounters any of the following symptoms then it’s time to visit a hematologist. Symptoms include weakness, giddiness, shortness of breath, easy bruising, excess sweating, persistent back pain, recurrent infections, persistent fever, unintentional weight loss, nodular swelling neck, armpit, groin area, unexplained bleeding or clotting, unexplained high/low hemoglobin, unexplained high/low white blood cells and unexplained high/low platelets. Even if a patient is requiring or received any blood, platelets, or plasma transfusion then also he should visit a hematologist/ Hemato Oncologist to identify the root cause at an early stage. These symptoms could be the indicators of disease like anemia, sickle cell disease, thalassemia, malaria, bleeding disorders, blood cancer, thrombosis, and hypercoagulability. One should visit a hematologist if the mentioned symptoms persist.

Who is a Hematologist?

A hematologist might have one of the following specialties:

Many blood disorders are life-threatening, which is why hematologists work so hard at their job. Long gone were the days when we used to fear not having a proper cure for certain diseases. At Hematology and BMT Institute International, we specialize in all kinds of blood tests and treatments of blood disorders and make sure that you receive the best treatment with personalized care and comfort with friendly doctors at less expense.