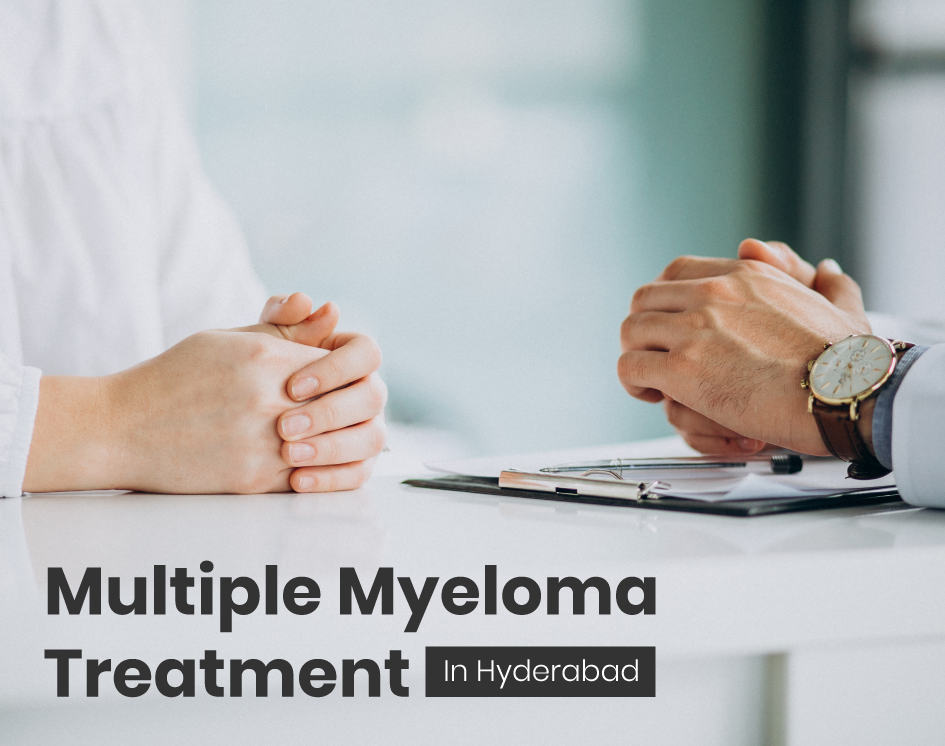 Cancer begins when the cells start growing out of control. Cells can become cancerous in nearly every part of the body, and may spread to other areas. Let’s talk about Multiple myeloma treatment, which is also known as Plasma cell cancer. The bone marrow finds normal plasma cells as an integral part of the immune system. The immune system consists of several types of cells, which work together to fight infections and other diseases.

In the immune system, lymphocytes (lymph cells) are one of the major types of white blood cells, which include T cells and B cells. There are lymphocytes in many areas of the body, including lymph nodes, bone marrow, intestines, and bloodstream.

In general, multiple myeloma is the condition when the plasma cells become cancerous and grow out of control. The plasma cells make an unusual protein (antibody) known by various names such as monoclonal immunoglobulin, monoclonal protein (M-protein), M-spike, or paraprotein. A person who has myeloma will find paraprotein often in the blood and urine. Tests of blood and urine are the means to diagnose and monitor myeloma.

Multiple Myeloma does not constitute a lump or a tumor, however, most of the problems that it causes are due to a build-up of abnormal plasma cells in the bone marrow and body paraprotein. Myeloma affects those areas where your bone marrow is active. This includes your arms, legs, shoulders and spine, skull, pelvis, and rib cage. Myeloma affects several places in the body which is why it is referred to as multiple myeloma. 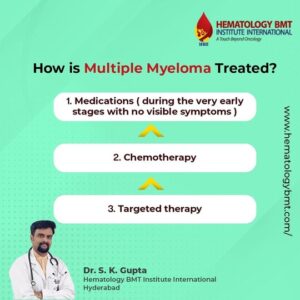 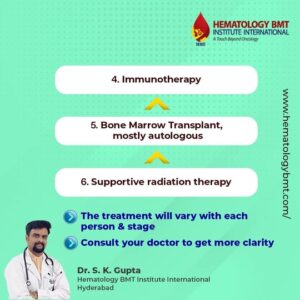 To understand why myeloma affects one’s body, it is important to know what and how blood cells are produced. Usually, when a body needs blood, the bone marrow makes blood cells in a controlled way. All the blood cells originate from the same cell type, called a stem cell. As they develop (mature), they transform into one of the three blood cell types: RBCs, WBCs, and Platelets.

Plasma cells develop from a type of white lymphocytes called B blood cells. Too many plasma cells are made in myeloma, and all are of the same kind. They clutch onto the bone marrow, which means there is insufficient space to make normal white cells, red cells, and platelets. The symptoms of multiple myeloma include bone problems, low blood counts, hypercalcemia, spinal cord compressions, nerve damage, hyper viscosity, kidney problems, and infections.

To know more about the treatment of Multiple Myeloma and its symptoms, please consult Dr. S. K Gupta.
Dr. S. K Gupta is one of the best hemato-oncologists based in Hyderabad. He is an expert in treating disorders like blood, bone marrow, lymph nodes, and spleen disorders. He started his medical career as a nursing student and has been trained at various reputed & prestigious healthcare Institutions in India. If you are looking for myeloma cancer treatment in Hyderabad, then head to Hematology and BMT Institute International. Hematology and BMT Institute International is a healthcare group that provides quality medical care to people every year. One of the most advanced healthcare centers in India, Hematology and BMT Institute International offers a comprehensive range of diagnostic and therapeutic technologies to facilitate efficient and accurate treatment.